In the Arctic Circle, at 66.5 degrees north latitude, Santa manages his own post office with the help of elves. Outside the city of Rovaniemi in Lapland, the good old-men’s central post office serves as a logistics center for more than half a million cards, letters, and packages he receives every Christmas. He receives over 30,000 mail scans a day at that time.

As you all know, Santa’s house is a little further north of Finland, on a mountain called Korvatunturi. However, his special magic also allows him to be in Rovaniemi for most of the year for people to visit.

Writing letters to Santa Claus is an essential part of Christmas preparations for many children, especially minors. However, it is not limited to a specific age group. The letter to Santa Claus represents a genre of correspondence, with subgenres ranging from messages from children who have just learned to write (“Dad, how do you spell Santa Claus?”) to more elaborate content by those who already master the art of writing.

Although the letters are confidential, our elf sources reveal that the content goes beyond the usual list of gifts thoughts about the life and problems of the modern world, as well as asking for some advice.

Our elf sources also report that adults also show a great interest in communicating with Santa Claus. People of all ages write things that go beyond Christmas and express desires that are not limited to material things. World peace is one example of a gift requested. Changing the subject, if you visit Santa’s central post office, you’ll also find that many of the little ones ( under the guidance of their parents) sent their pacifiers to Santa Claus as proof that they’re past the age of using them.

The good old-men have something very special that pleases people of all nationalities. He has received mail from 198 countries to date. Perhaps because of this, he and his elves form an incredible team of polyglots.

Santa’s central post office is one of the many buildings that are part of Santa Claus Village, a kind of theme park. The Polar Circle is identified by a line that crosses the site.

One of the buildings is Santa’s office. To enter, you need to cross a vaulted room where a giant pendulum moves back and forth. Identified as the “Earth’s Rotational Speed Regulator,” this part of a massive mechanism gives you an idea of the magic and mystery surrounding the good old man’s travels the world, delivering billions of gifts in a very short time frame.

Upstairs, the elves guide you to the chamber that houses Santa Claus. Yes, himself, just like the nice old-men with the long, white beard who appears in photos around the world. He greets the children and shakes hands with adults in a very warm way, as is customary throughout Finland.

You don’t need his magical intuition to guess that everyone who passes through the place doesn’t want to leave without a beautiful souvenir photo. An elf photographer immortalizes the big moment with precise clicks. They even have a webcam that broadcasts visits to Santa Claus live so everyone can keep up with everything.

Those who visit Santa Claus and his post office return home with a heart filled with a lasting and genuine Christmas spirit, regardless of the time of year. And that’s what matters.

Following are some of the best letters to Santa templates:

It is a simple folding letter to Santa template with a beautiful traditional design. You can use it to write a letter digitally to Santa. It is of little use if you print it! 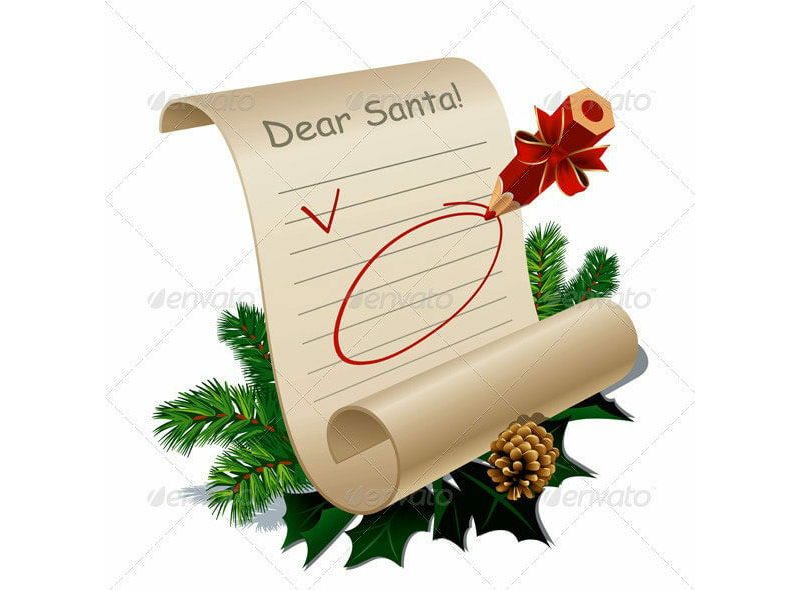 It is a vintage letter to Santa Template with old school design. You can use it to write a letter to Santa both digitally and by printing it but it best for writing a letter by postal service to Santa! 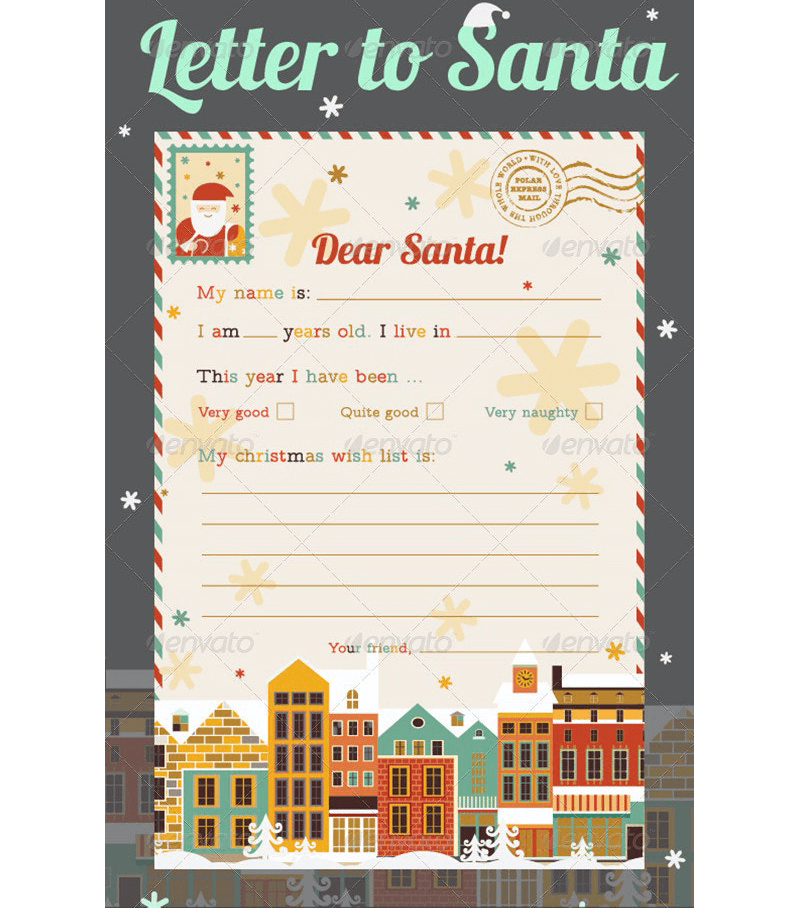 It is a classic letter to Santa template, and one can also use it as an envelope. You can use it to write letters to Santa by printing. It is of little to no use for writing letters digitally! 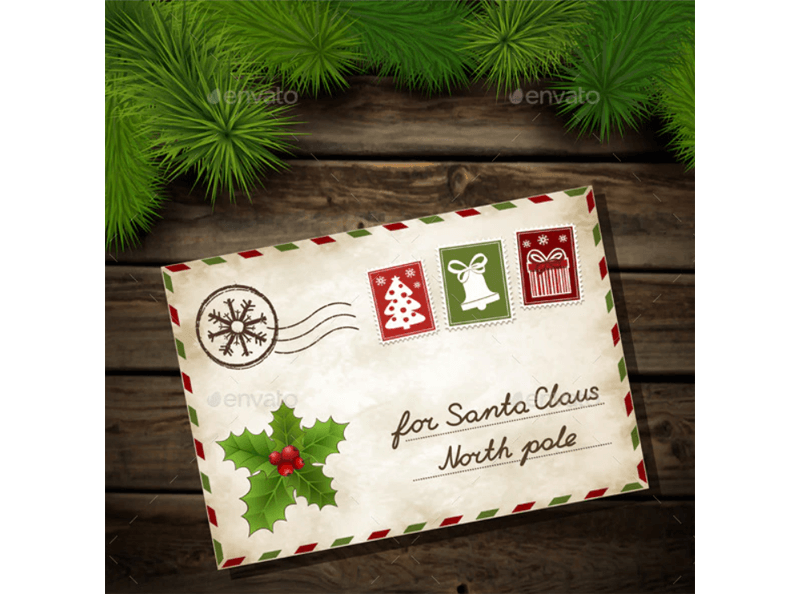 It is a vintage letter to Santa Template with a traditional design. Like our first template, you can also fold it. You can use it to write a letter digitally to Santa. It is of little use if you print it! 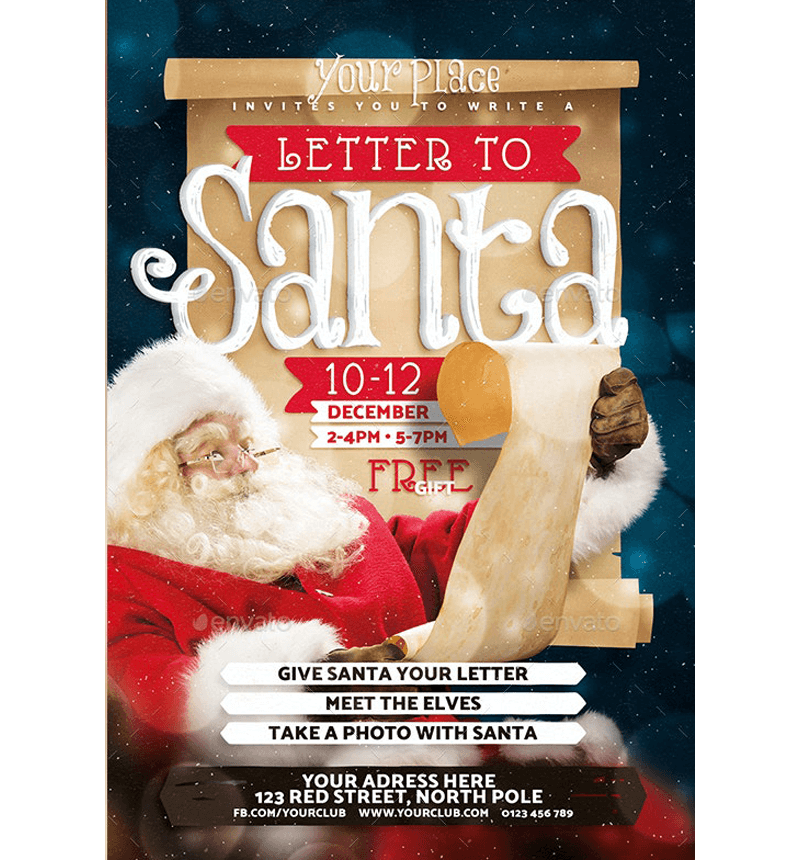 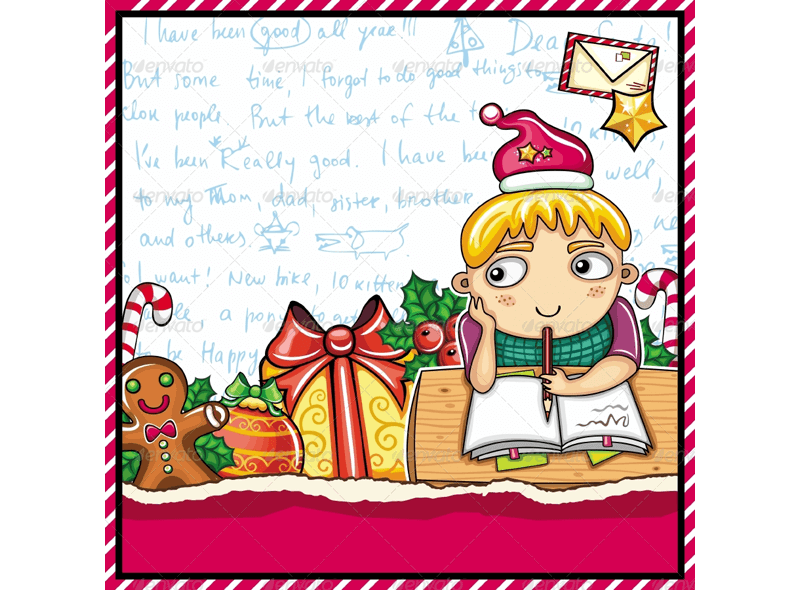 3-in-1 Letter to Santa Template

It is a 3-in-1 letter to Santa Template with a really elegant and beautiful design. You can use it to write a letter digitally to Santa. It is of little to no use if you print it! 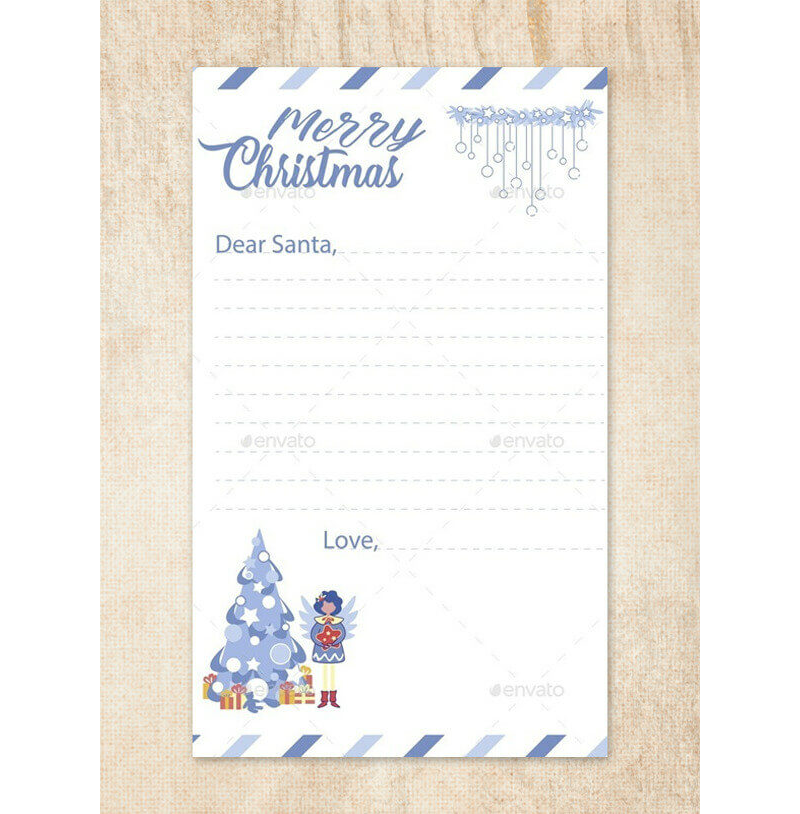 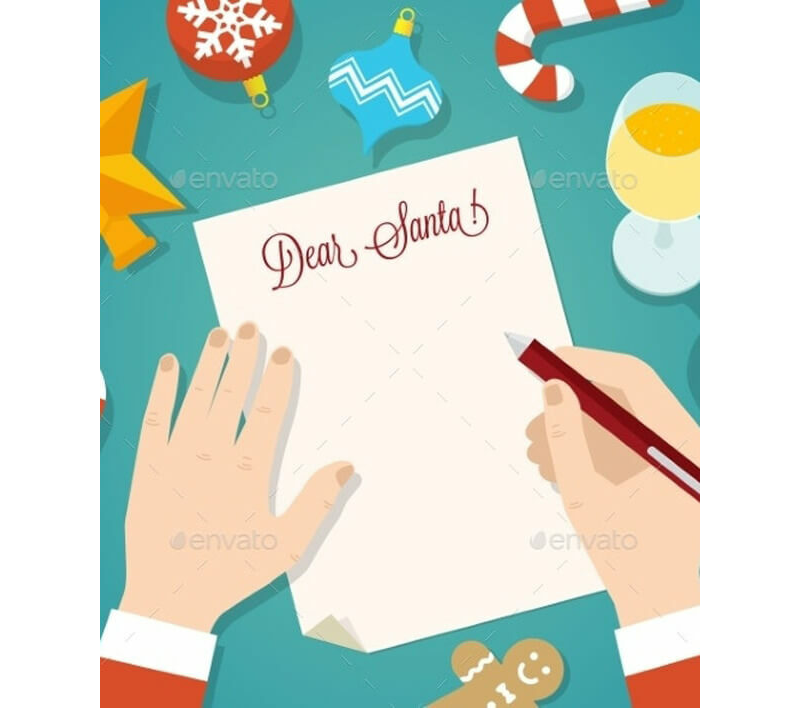 It is a modern letter to Santa template with an eye-catching new-age design. Like some of the other templates on the list, you can use it to write a letter digitally to Santa! 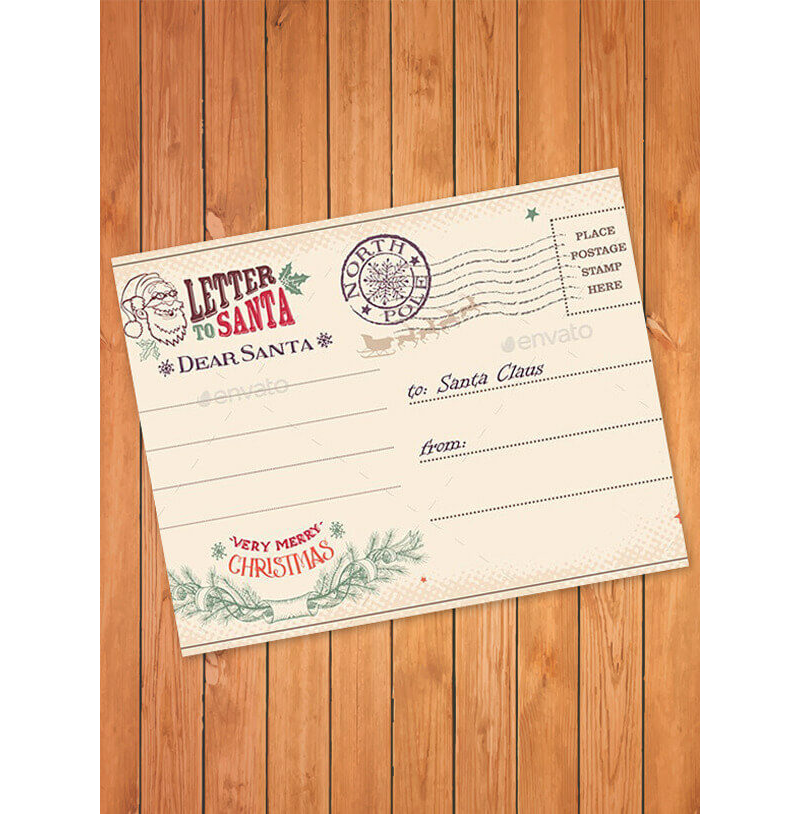 Did you find our gift templates useful do tell useful? Do tell us in the comment section below!

Writing a letter to Santa is an excellent way for kids to exercise their creativity, explore their feelings and talk about what they want without the pressure of reciting it in front of friends and family. It’s also a great way to get kids excited about the holiday season and know that Santa is tracking their good behavior throughout the year, prompting them to be on their best behavior. However, writing a great letter is another story and can be quite a daunting task for both parents and children. We believe that you and your child will be writing the most imaginative, creative letters to Santa with this guide.

How do I write a letter to Santa?

Writing a letter to Santa is easier than you think. Start by writing down your wish list. This can be anything from what you would like to see “in your stocking” this Christmas to more personal details, such as whether or not you want a particular toy or magazine. Make sure to be specific when listing your gifts. Also, remember to include a return address on the letter if it gets misplaced.

Where can I send a letter to Santa and get a response?

What do children do with their letters to Santa?

Children can save their letters from Santa for years to come and remember the joy of receiving their first letter from Santa. Keep in mind that as you share your letter from Santa, you may want to give your child the option of not sharing their wish list with others.