A Debt Settlement Letter: A letter drawn up by the debtor when they are unable to pay the full amount of money, but they are willing to close the debt if the lender agrees to new terms. A debt settlement letter is sent from the creditor(s) confirming an offer to settle the debt, the amount the debt settlement is for, and the date at which the debt should be paid.

Is Debt Settlement a Good Idea?

After making your application for a debt settlement, it may take several months before making a settlement offer if your debt settlement plan is a success then you may be able to erase your debt quicker than making regular payments over time.

However, if your financial situation is so complicated that you won’t be able to make any payments on your debt, then debt settlement is not a good option for you. You have to offer at least to pay a lump sum of your debt for your debt settlement to work.

What Should be Included In a Debt Settlement Offer Letter?

Thing to Know Before Writing a Debt Settlement Offer Letter

If your creditor sues you and they have a judgment against you, then you may decide to either file for bankruptcy or pay the amount owed in full

Debt Settlement is where a consumer or their representatives offers the creditor less than the actual amount owed. Debt settlers, whether for profit or nonprofit, usually try to negotiate a payoff of just 50% of the original balance for their clients.

Note: You can still negotiate for a debt settlement on your own. If you are confident enough in what you want to achieve, you can always succeed without the help of debt settlement agencies, the 50% result as the professional negotiator.

You shall be required to complete two tasks by the debt settlement companies upon signing up for their services:

Even though the creditor is by law prohibited from contacting you in any way after sending the letter, they may still involve their attorney and take you to court for added leverage to get you to pay your debt.

Debt collectors/Creditors want to settle just as bad as you do. Nonetheless, it is still up to the creditor to either accept or reject your settlement offer, and you can not in any way push them to accept any offer you table before them.

In response to my recent conversation with one of your representatives, I’d like to present a complete assessment of my financial situation.

I am experiencing an ongoing financial hardship, and have only been able to keep up with necessary bills. I have a lot of debt and, unfortunately, not enough funds to pay all my creditors. So, my only option is to negotiate and try to settle my debt with a few creditors. I have attached a copy of my financial statement detailing my monthly income and expenses. This will help you in assessing my financial situation and give you an idea of why I have requested for debt settlement.

The total settlement agreed on is __. [Amount] As part of the agreement, I would like to request that you coordinate with the credit bureaus to remove any negative listings on my account from the credit report.

I hope that you will refrain from taking any other action against me as I shall make the payments upon your acknowledgment of this letter.

I hope you’ll understand my situation and cooperate with me in this time of my financial crisis. I am looking forward to hearing from you. 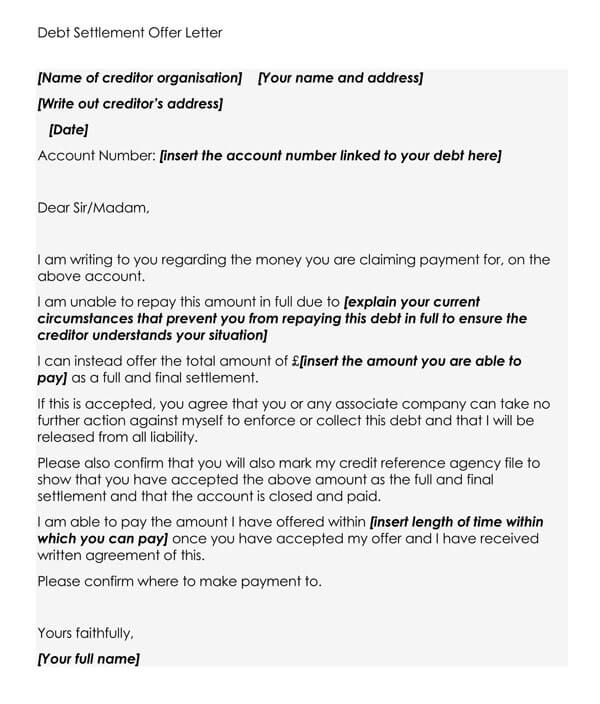 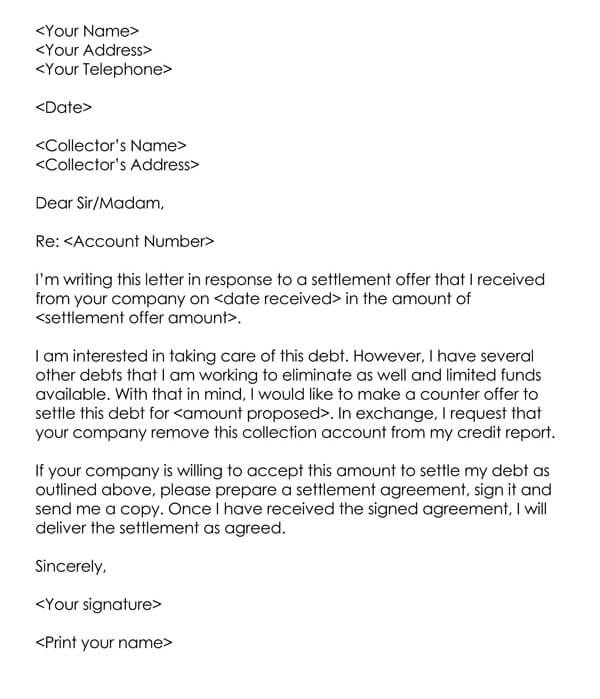 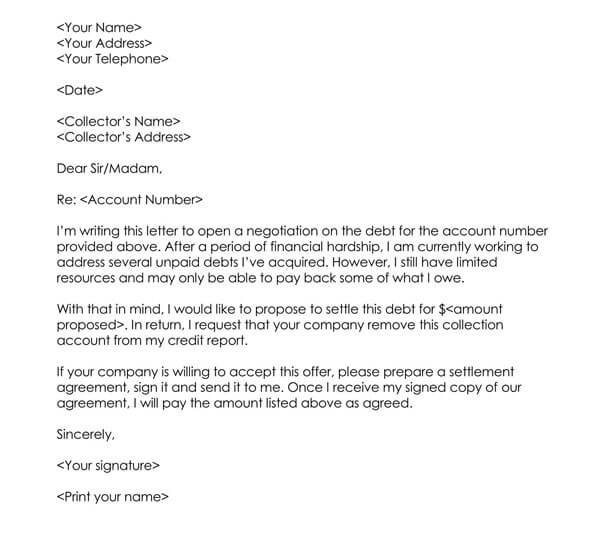 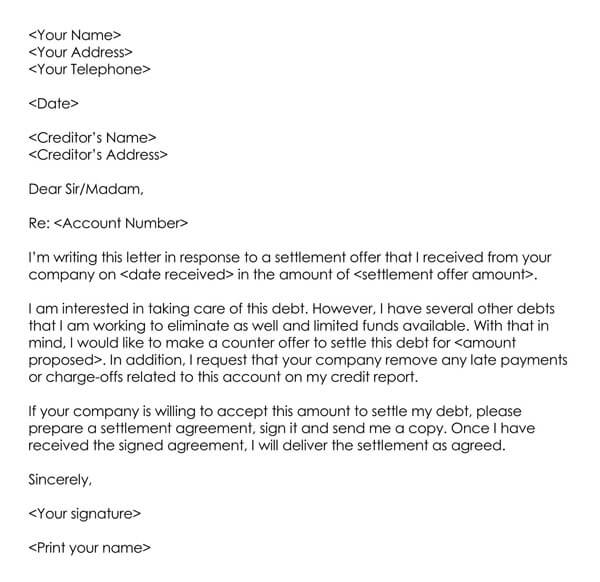 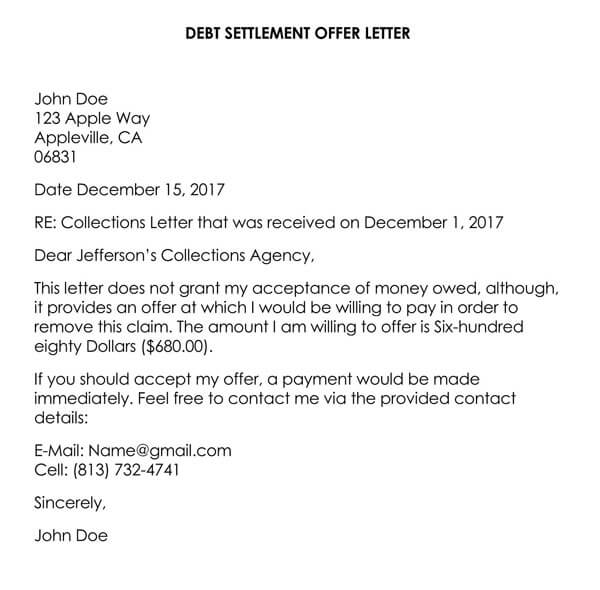 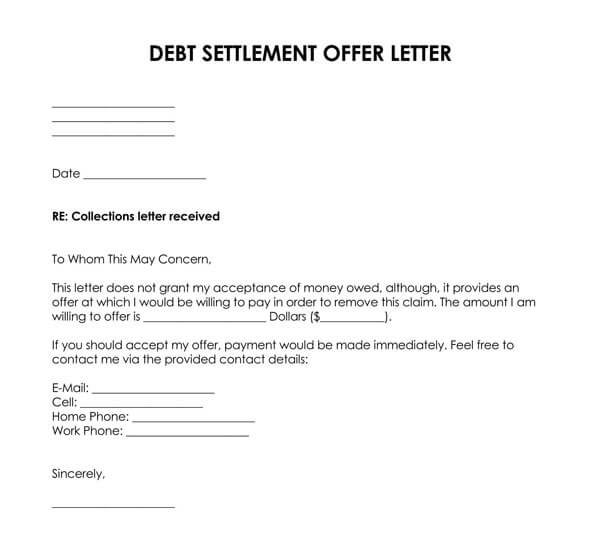 How to Word Past Due Invoice Letters | 12 Best Examples