Why a Bill of Sale is Important?

What is the Meaning of “As-is.” 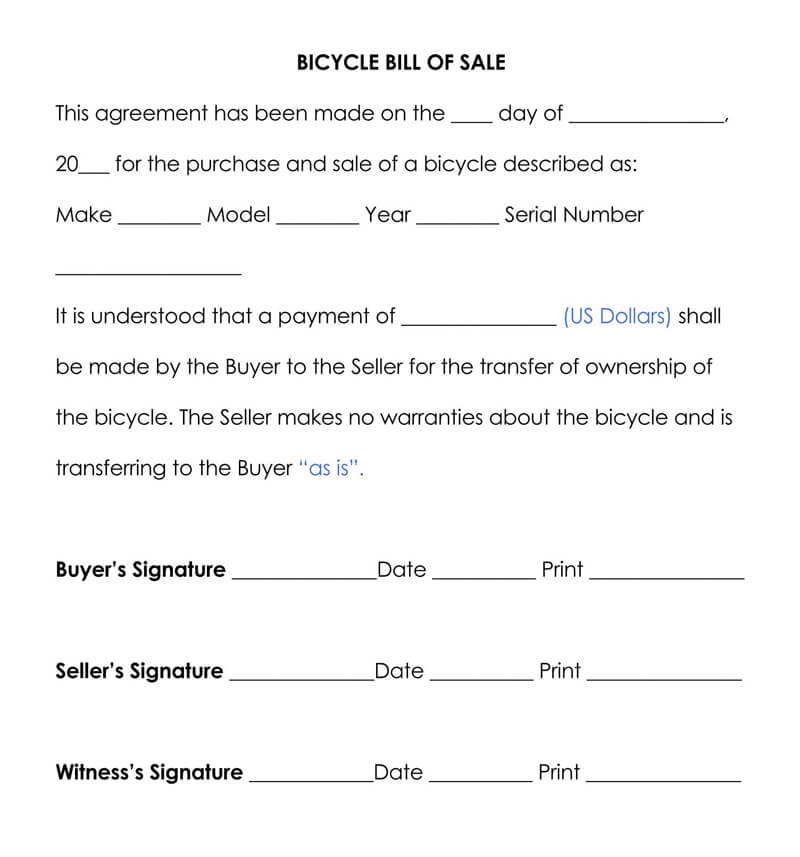 A bicycle bill of sale form comes with different structures/designs but the content is similar or close to. The form consists of the following.

The final part of these forms is the signatures for both parties and dates. This shows acceptance of the deal on both sides.

Some of the bicycle bills of sale form contain a buyer’s certificate that indicates the completion of purchase for the bicycle. The certificate includes a statement showing that the buyer bought the bicycle and possessed full possession. It also includes printed names of the buyer and seller and their addresses.