When you are looking to access the attitude of people more qualitatively, a Likert scale can be an instrumental tool in your survey. Though there are many scales developed by psychologists to measure the attitude of people directly, the Likert scale is by far one of the best and the most commonly used. The Likert scale was developed back in 1932 and was based on the principle of asking people to offer their responses by choosing among a series of statements concerning a specific topic. The participants responded in terms of the extent to which they agreed or disagreed, and this enabled one to dig into the cognitive together with the affective aspects of the respondent’s attitude.

The Likert scales were designed by selecting fixed choice statements that would enable one to measure the attitude or opinion of different people. This scale is the best in measuring the levels of agreement or disagreement with a given relevant issue.

What Is The Likert Scale?

The Likert scale is a specific type of survey question representing the total responses to the various Likert items. Such items are usually displayed by the use of a virtual aid representing a simple scale. It is good to appreciate the difference between a Likert item and a Likert scale. A Likert scale refers to the table as a whole, while a Likert item refers to a specific statement that the respondent is asked to evaluate in a given survey. In a good Likert scale, the Likert items will normally balance on both sides of a neutral option and help to eliminate bias when compiling the responses from the target group of a specific survey. The labels of the actual scale, together with the numeric scale, may vary.

The Likert scale is usually made in a way that assumes that the strength or intensity of the experience is linear in nature, this being a continuum, from an option for strongly agreed to strongly disagree options. This Likert scale, therefore, assumes that attitudes can be measured. The scale is normally made of five responses on a linear scale, while some are having up to nine options. The neutral option available could either be the option of agreeing or disagreeing. Finally, the scale ends with options that can enable an individual to grade how much they agree or disagree with particular statements.

Reporting On A Likert Scale

One can report on a Likert scale using the traditional way, which involves adding the values of each selected option and then creating a score for individual respondents. The resulting score is then used to represent a specific trait that represents satisfaction or dissatisfaction, mostly used in psychological or sociological studies.

This type of reporting can be very instrumental in evaluating the respondent’s opinion of key purchasing, product/services, or satisfaction features. In such scenarios, the score can be used in creating charts for the distributions of the various opinions, and this can deeply influence further decision making for the attainment of a positive response from the general population after suitable rectifications of issues of concern.

If one wishes to undertake further analysis of the date, you can cross-tabulate the score mean with the contributing factors. For the obtained scores to have a meaning, it would be better if they had a close relationship with each other and to the topic at hand.

For an ideal situation, all questions included in the Likert scale should be categorically similar for the summed score to be a reliable measurement of a given behavior of the psychological trait being assessed. In case you happen to have an item that doesn’t fit in with the rest, the respondent’s score will hence be deemed as being somehow polluted, and this might cause some trouble while trying to interpret the total score from the Likert scale.

How to Analyze Data From a Likert Scale

Since the data is not continuous, it can be displayed to show the distribution of the various observations on a bar chart; one cannot, however, display the data using a histogram due to the nature of the data being presented.

When Should One Use A Likert Scale?

The Likert scale can serve as a useful source of questions that can be used to measure the overall feel of people concerning a given topic, opinion, or experience, and it can also be used to collect definite data on factors that could be influential to the expression of a given sentiment.

It will be both inaccurate and inappropriate to use some form of questions for some items on the Likert scale that are not related and in cases where the option is not presented in the appropriate form that is a scale.

Just as is for other scaling systems, it is not advisable to mix scales without a specif survey. You need to settle on a particular scale and use it throughout your survey. This will not only help you to deal effectively with the possibility of confusion while analyzing your findings and reduce survey fatigue but also benefit you by having data that can enable you to make comparisons between the different sets of data.

If you have decided to create a multiple-choice questionnaire for your students, colleagues, employees, or even your family, using a Likert scale will be the most appropriate way of getting information from such groups of people as it is the simplest and the most convenient option at your disposal. If Likert scale is your option, don’t hesitate to make use of our ready to use Likert scale templates that will help you simplify your work and make the whole process an easy and convenient one.

You can also use the samples provided and alter them to suit your specific needs or get a grasp on how you should design one.

Our templates will help you to easily and accurately design an effective questionnaire that will be specific to your subject and those that are Likert scale compatible. 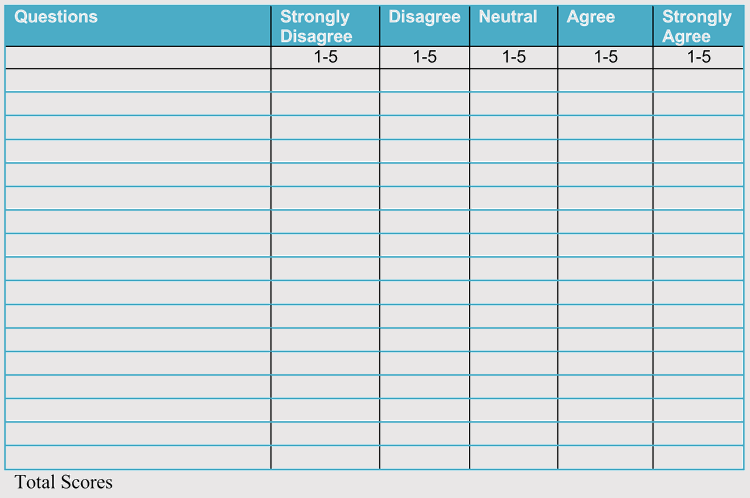 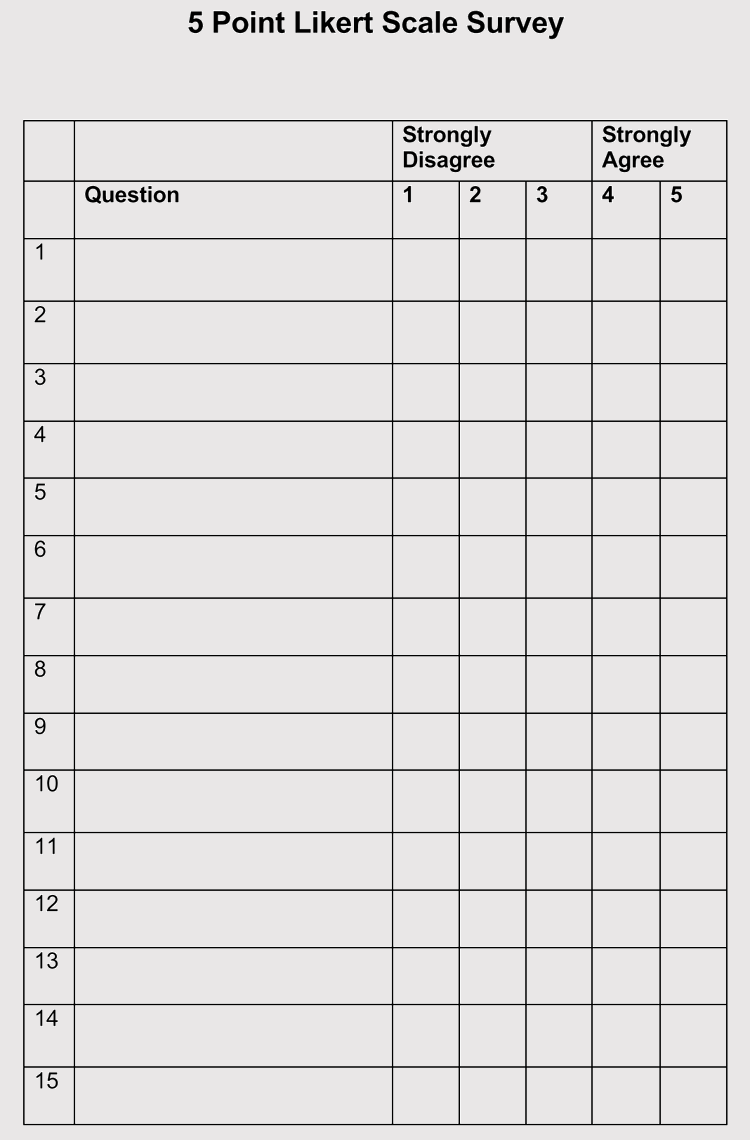 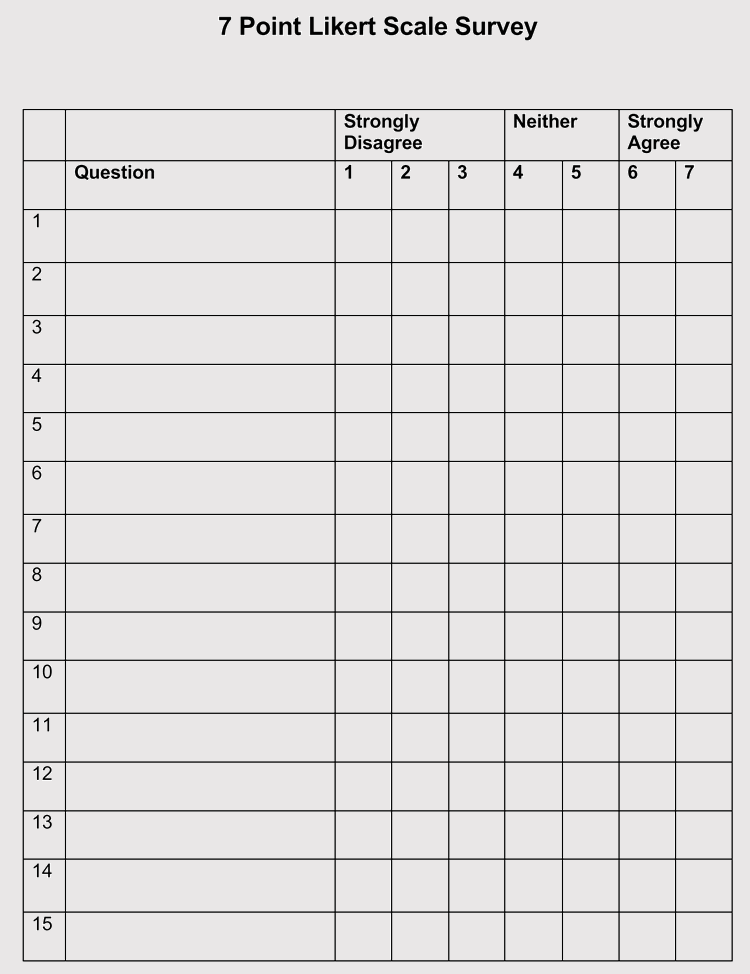 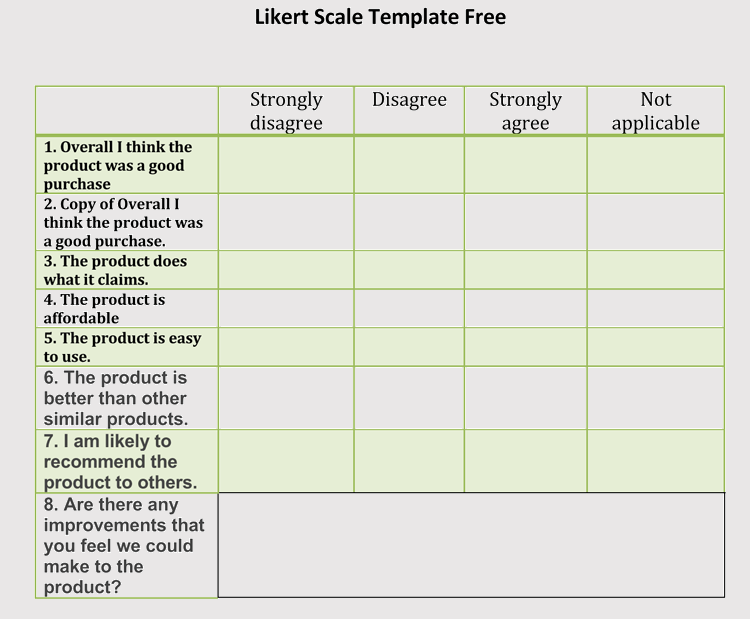 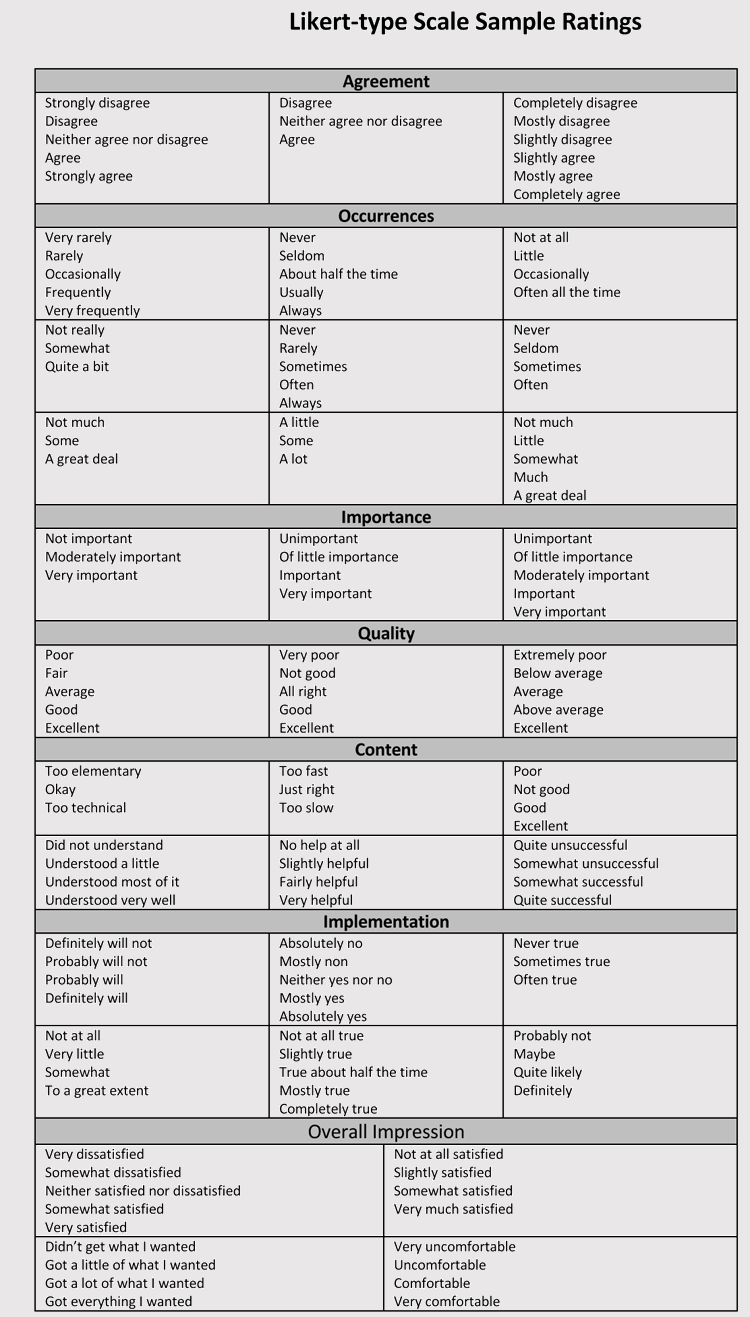 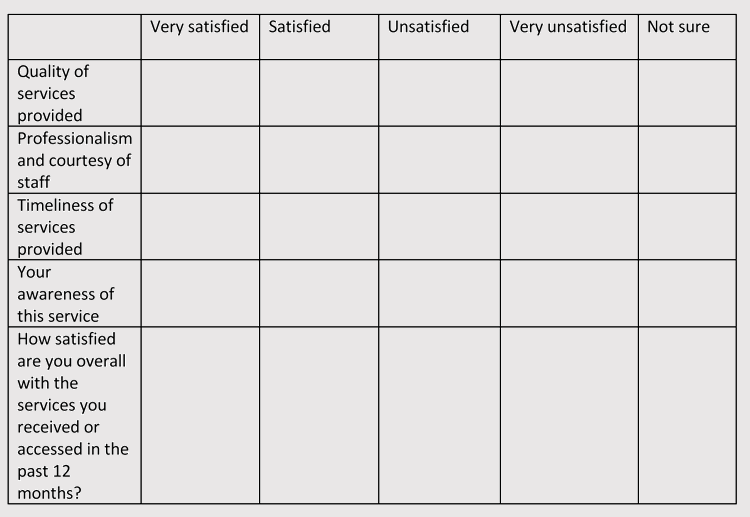 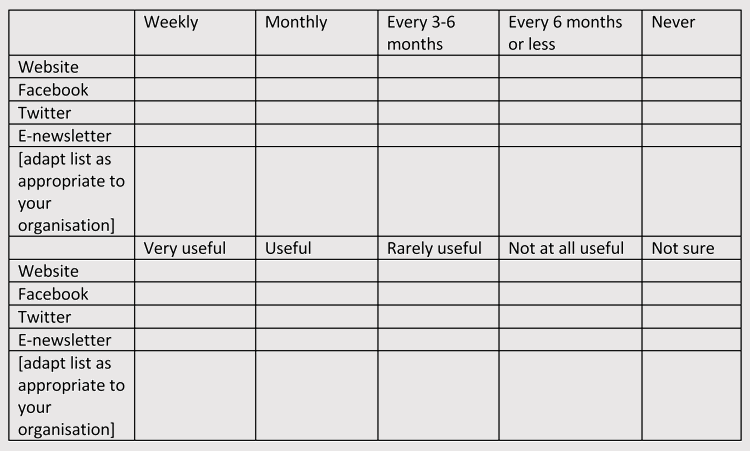 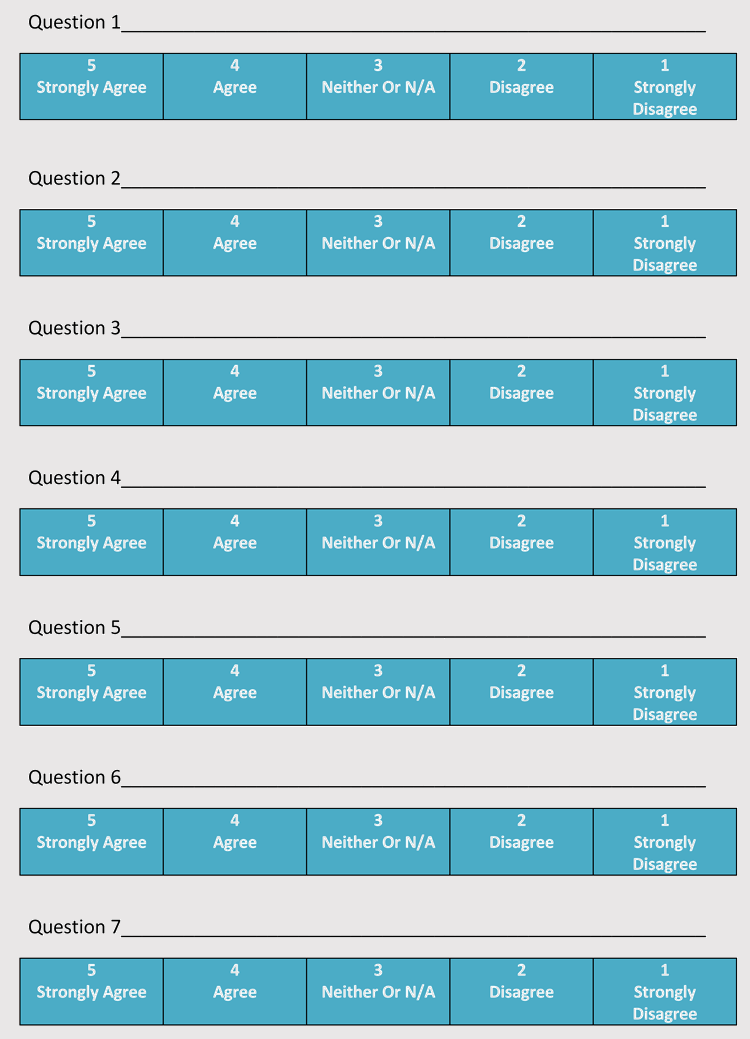 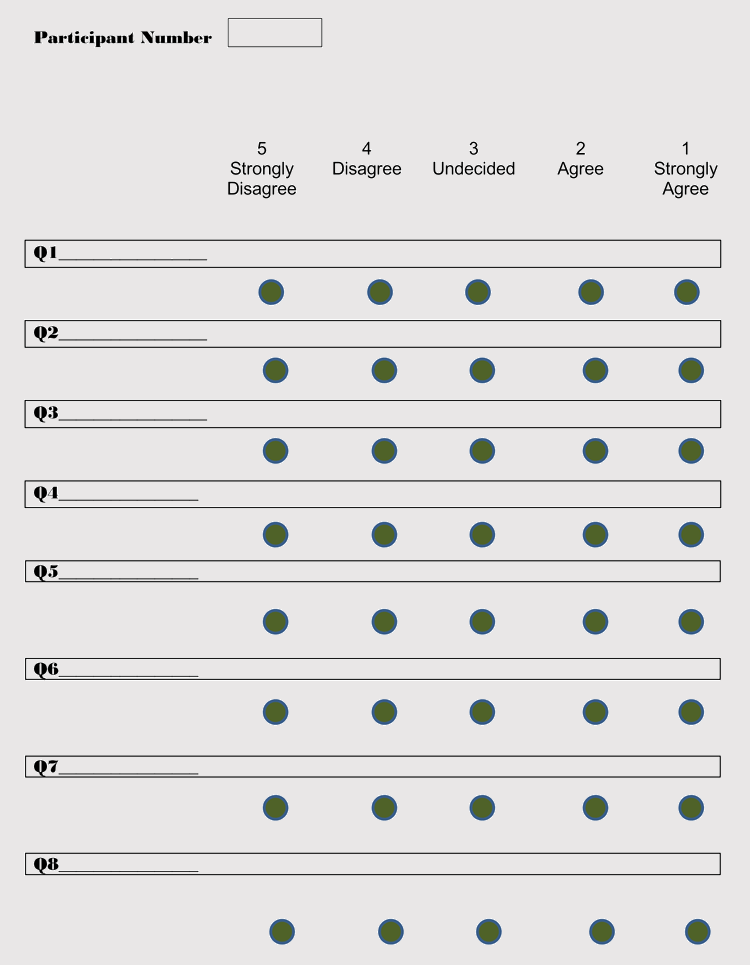 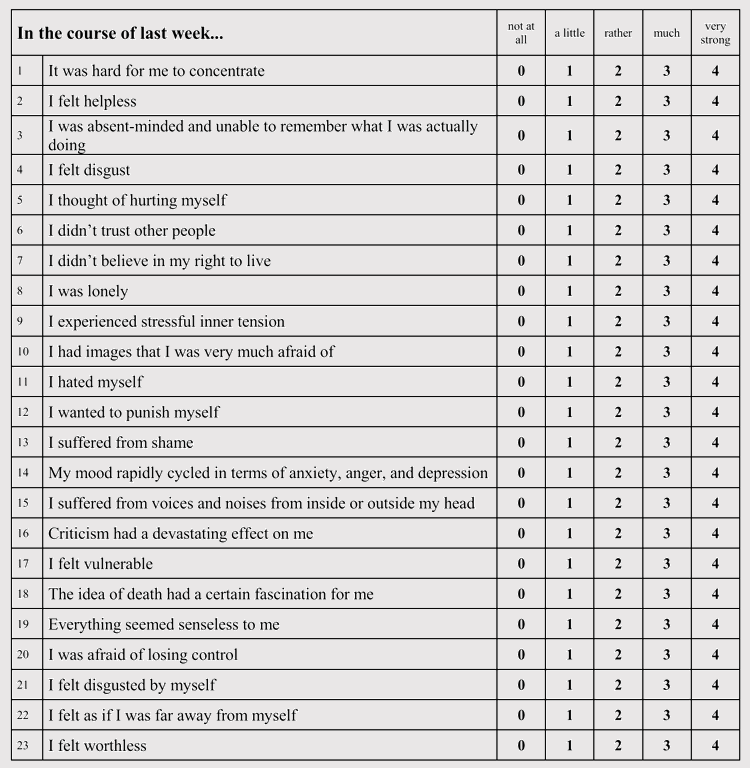 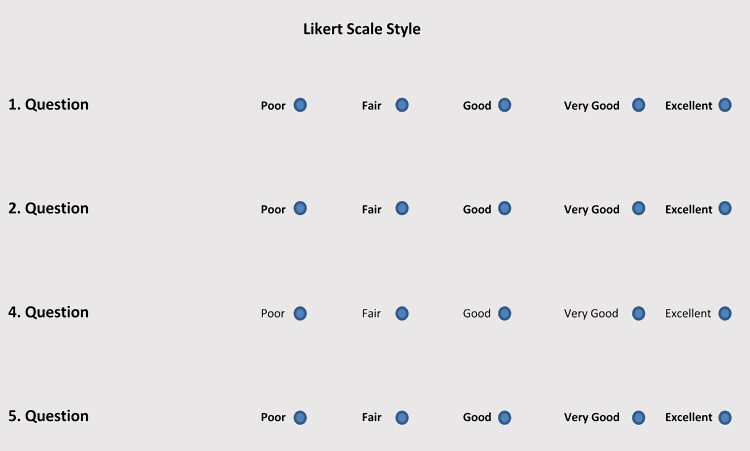 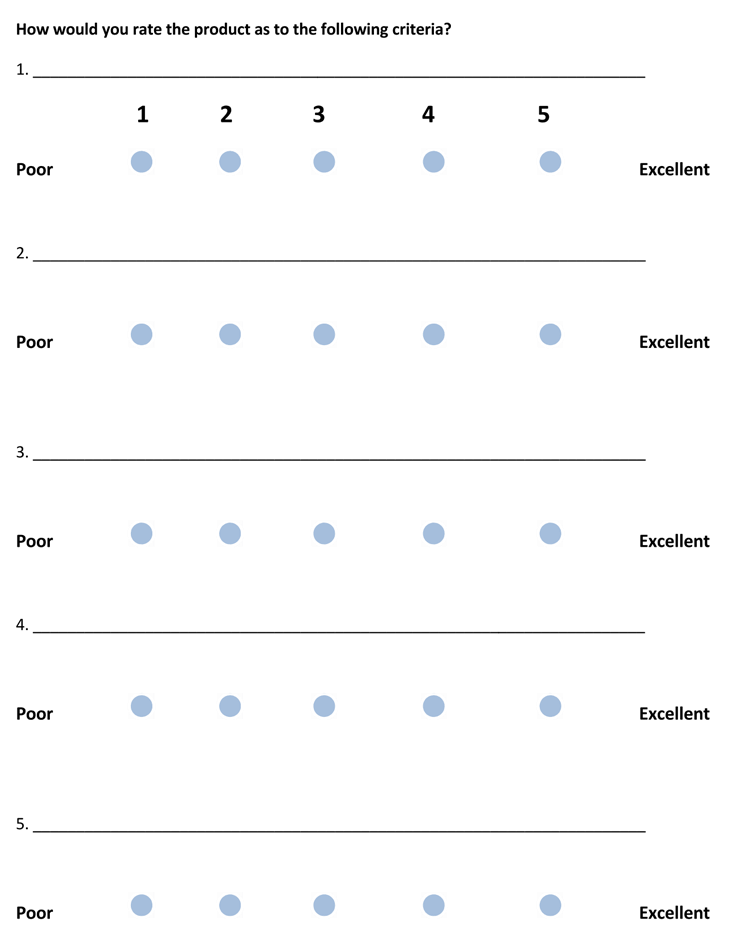 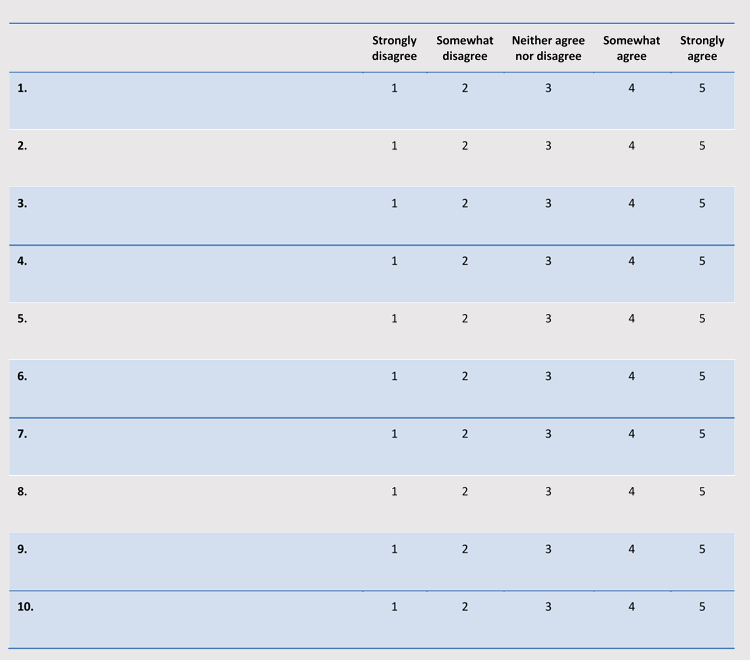 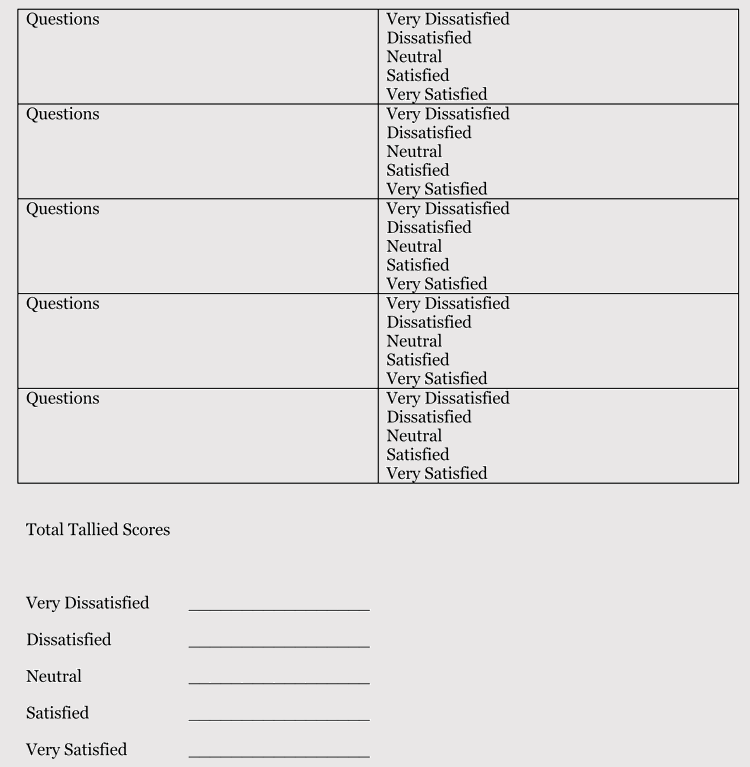 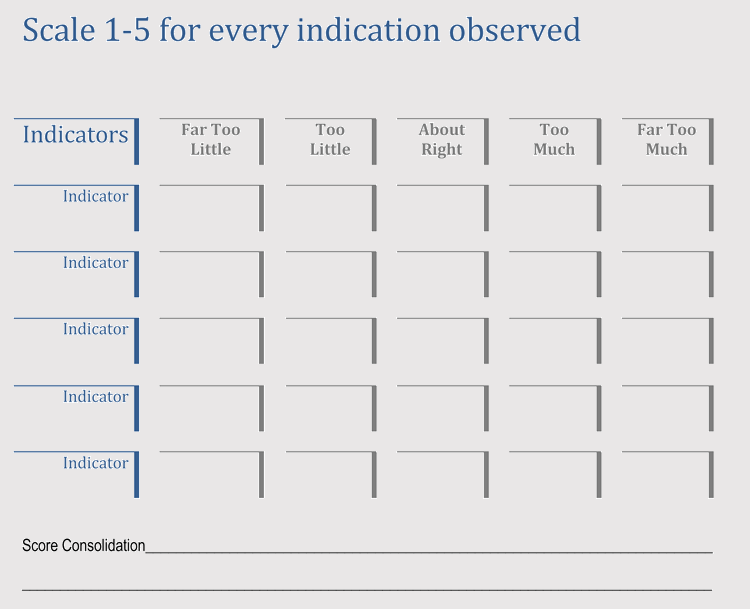 Video Tutorial on Creating a Likert Scale in Microsoft Word:

Sympathy Words for the Loss of a Pet

How to Write a Job Application Letter (with Samples) 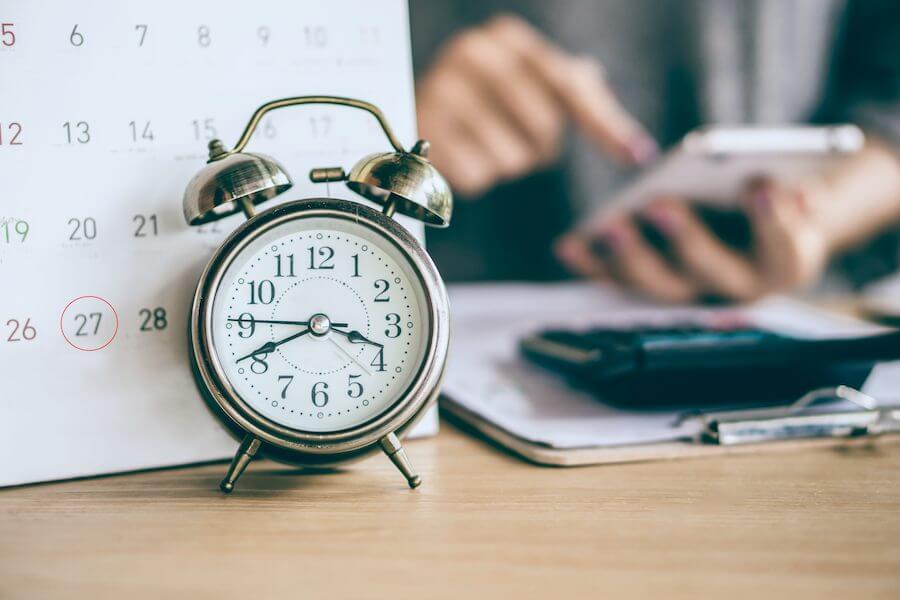 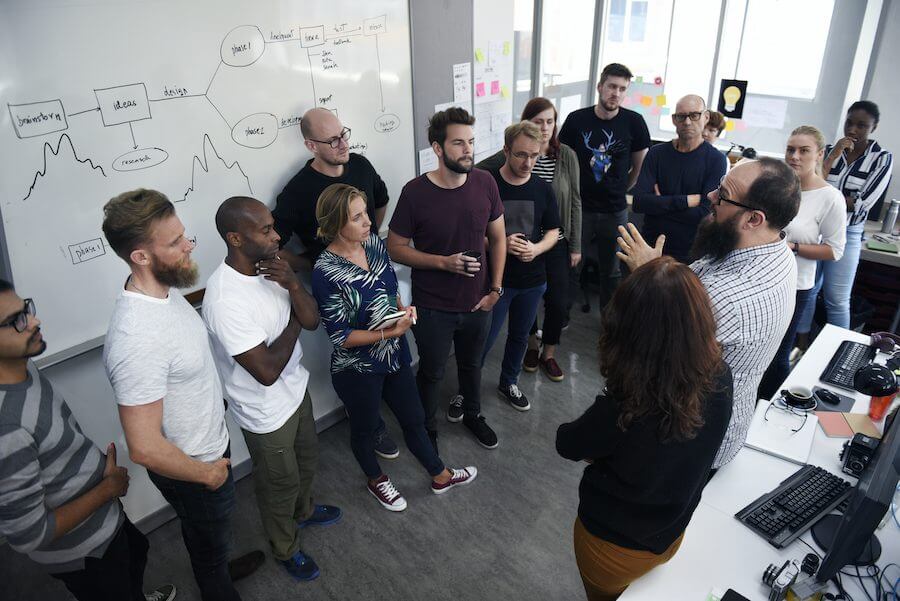 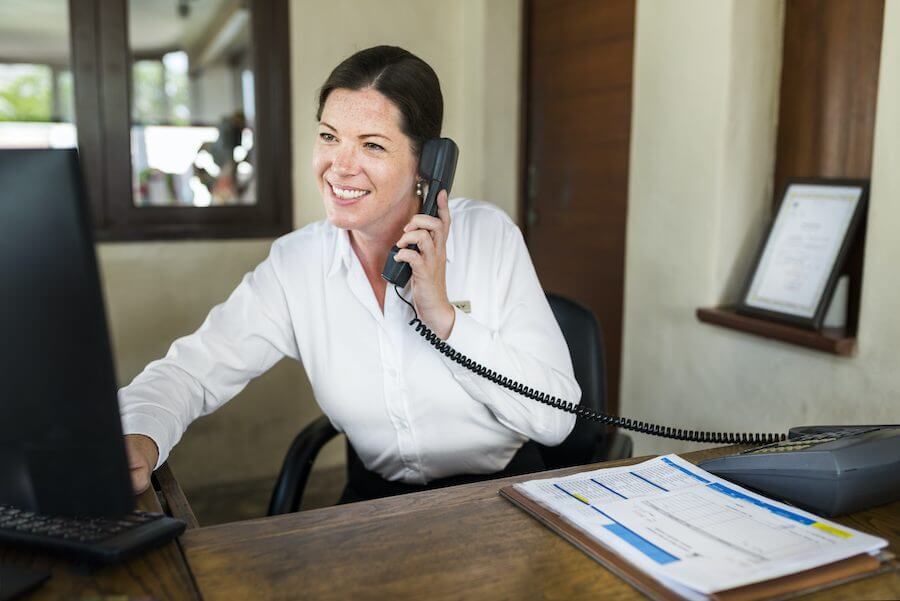 Weekly Timesheet Templates (How to Make) 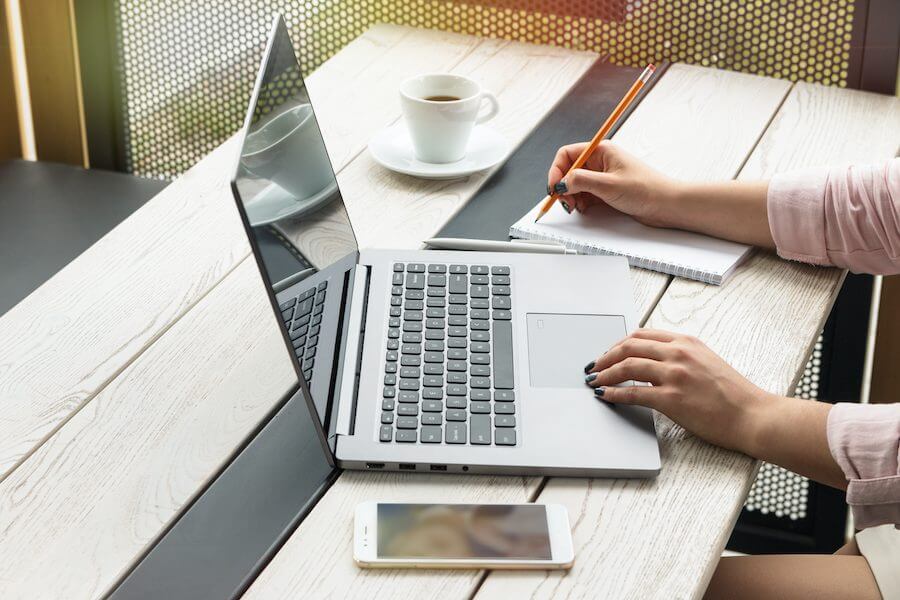 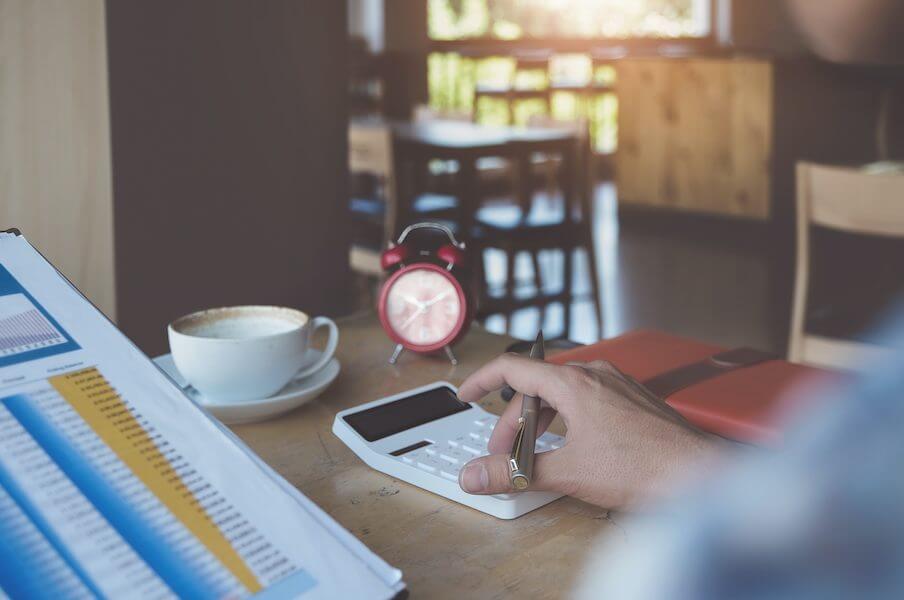 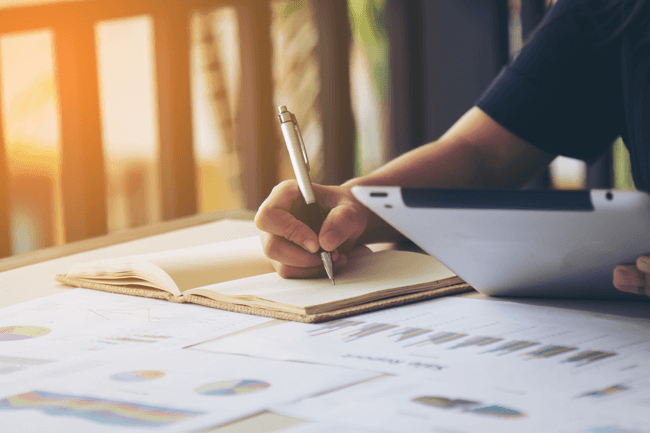 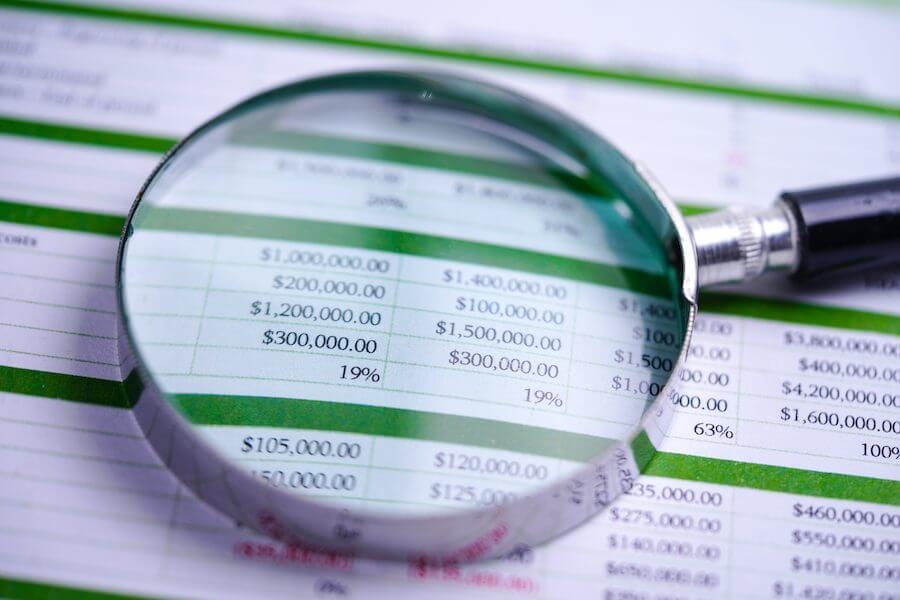