In the modern financial world, it is not uncommon to incur debts while accessing goods, services, and machinery. Due to the sophisticated nature of the debts themselves and the potentially sensitive nature of that financial instrument, it is essential to make issues official.

That is where the IOU form comes in. The term ‘IOU’ stands for “I owe you.” It is a document that acknowledges that a debt has been incurred and that the bearer is able and willing to repay it within the stipulated timeframe. The two parties generally sign the instrument to the debt as a sign that they are both committed to it.

Following are the situations in which an IOU form should be signed:

Uncertainty of the Prevailing Contract: In case there is some uncertainty touching on the current contract, there is the need to sign this IOU form. The document does clear the air and paves the way for a more formal approach and referencing at a later date. In doing so, it also guards against wanton breaches of the contract.

Need to Formalize the Debt: As we have already highlighted above, debts are generally risky and sensitive. You want to put in place a framework that will act to guard against the risks spilling over. That is something you can only do if you put everything on a piece of paper and sign the same.

Compliance with Statutory Regulations: Many jurisdictions demand that such instruments be signed and notarized. Thus, you will have to sign the document to give it the formal character it requires to be hailed and accepted officially across the board. Be on the safe side by adopting this form of financial instrument.

Is an IOU Form Legal?

On its own, an IOU form document is not legal. It is merely an acknowledgment of a debt by one party to another. Nonetheless, there are two main ways in which it may be made legal. These are:

The document assumes a legal status if it is notarized. This usually happens in a public state office or local law office. The process of notarization is mainly handled by a duly appointed public officer and is nothing more than merely signing and stamping the document altogether.

It may also assume the legal character in case it is backed by accompanying evidence or written affidavit to that effect. Some of the documents may be receipts, titles, share certificates, or certificates of ownership. They vouch for the authenticity of the claims contained therein.

How to Fill an IOU Form

Step I: State the parties to the conflict:  Start by stating the parties to the battle. These are the debtor, creditor, and the witnesses involved in the debt. Reveal and jot down their names clearly, plus the roles they are bound to play in the entire scenario. If possible, include their contacts as well.

Step II: Specify the amount concerned: Next, move and specify the amounts involved. How much money is the creditor advancing to the lender? For the avoidance of doubt, you are advised to break down the figures into their finest details for the person reading through them to get to know them thoroughly.

Step IV: Append the signatures: Append your signatures to make the instrument attain the official and formal character it desperately requires. All the parties to the conflict have to append their names. These are the debtor, creditor, and witnesses. Closely following the signatures should be the dates when the same were added.

To be sure of doing a great job, you have to download and make use of the free IOU form templates. These are templates that contain the framework against which the finer details are incorporated later on. It is essential to pick a template that is easily understandable to you. 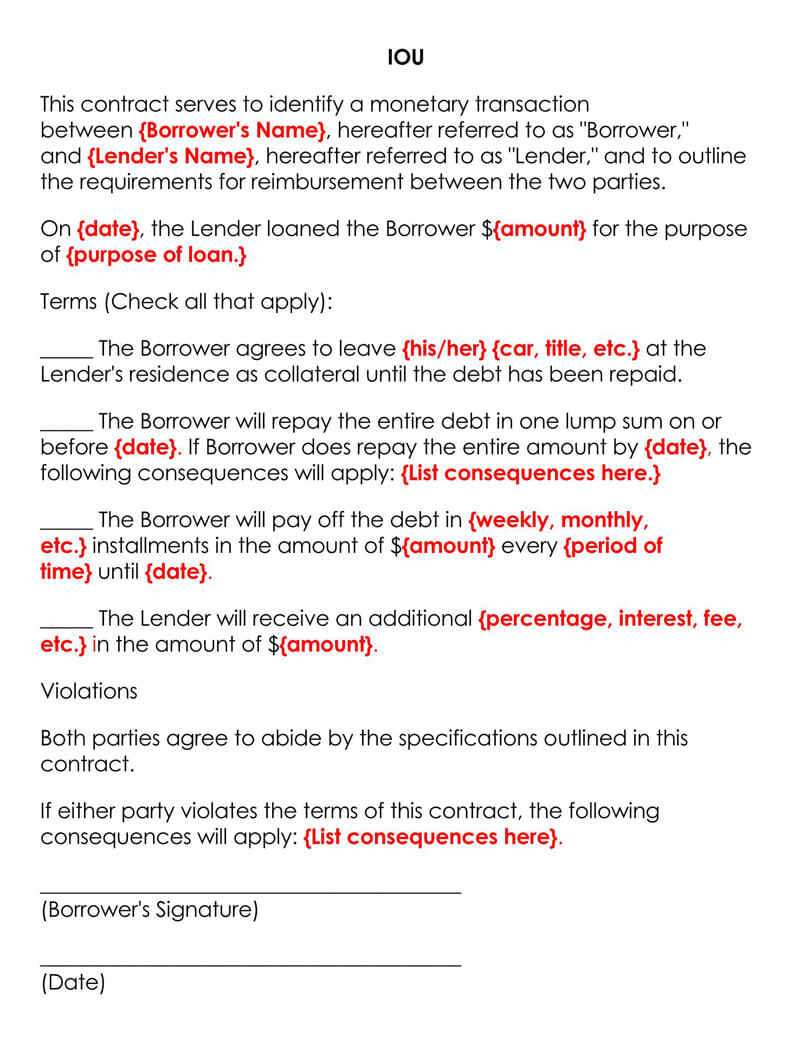 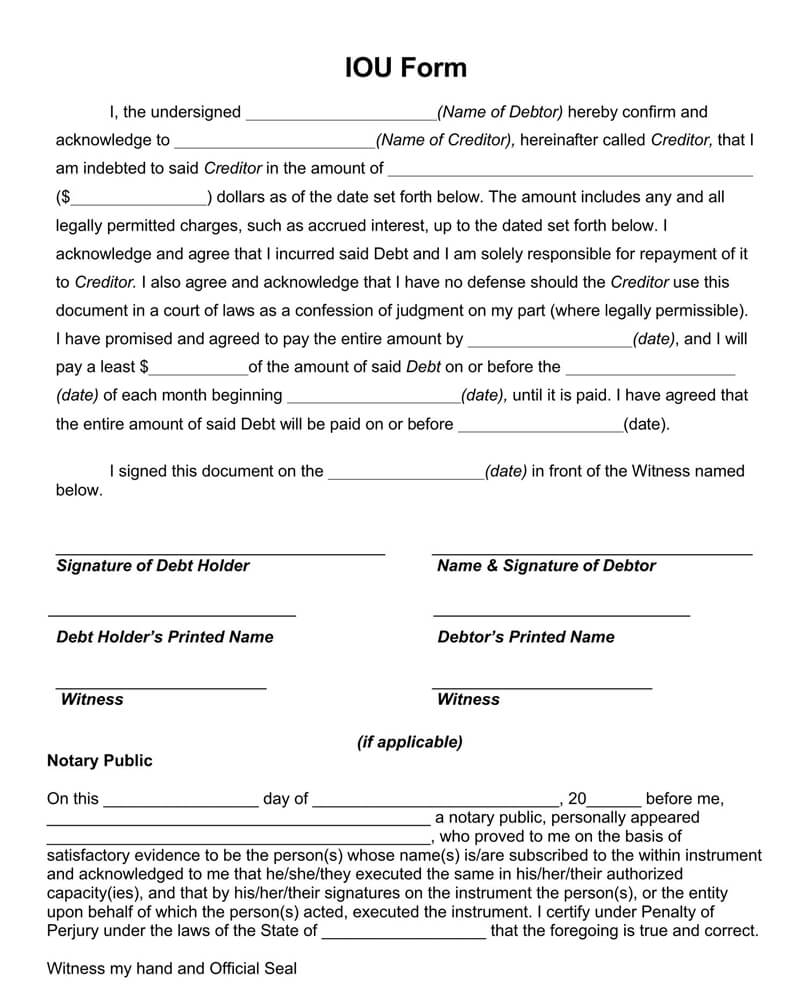 There you have them! You now know how to draft an IOU form document, we suppose. Having received the knowledge generously and free from us, is it too much to demand that you now put the information to good use? Go and look out for the right template and start with it.

How to Use a Release of Promissory Note | Free Forms